I received a message from my deceased father a few days ago. I feel as if it were heaven-sent, anyway. Vinnie and one of his many friends – everyone up there knows Vince Colletta as anyone who knew him here on earth would surmise – one Harold Lambert, decided to reward me with a treasure I had no business finding. A component of the comic book The Unexpected #115, published in 1969 by DC Comics, is a letters to the editor page entitled Unexpected Mail. It was a curious discovery for me in that the issue carried no Colletta art. So, why was I perusing the comic book? And why on earth would I scan a letters to the editor page in any comic? It seems that, a month earlier, Harold had written DC’s editors Murray Boltinoff and Carmine Infantino to compliment Colletta’s art. He also asked the editors to provide further personal information about the artist. Whether credit goes to Murray or Carmine, they obliged Harold with a short and very lovely biography of the artist. 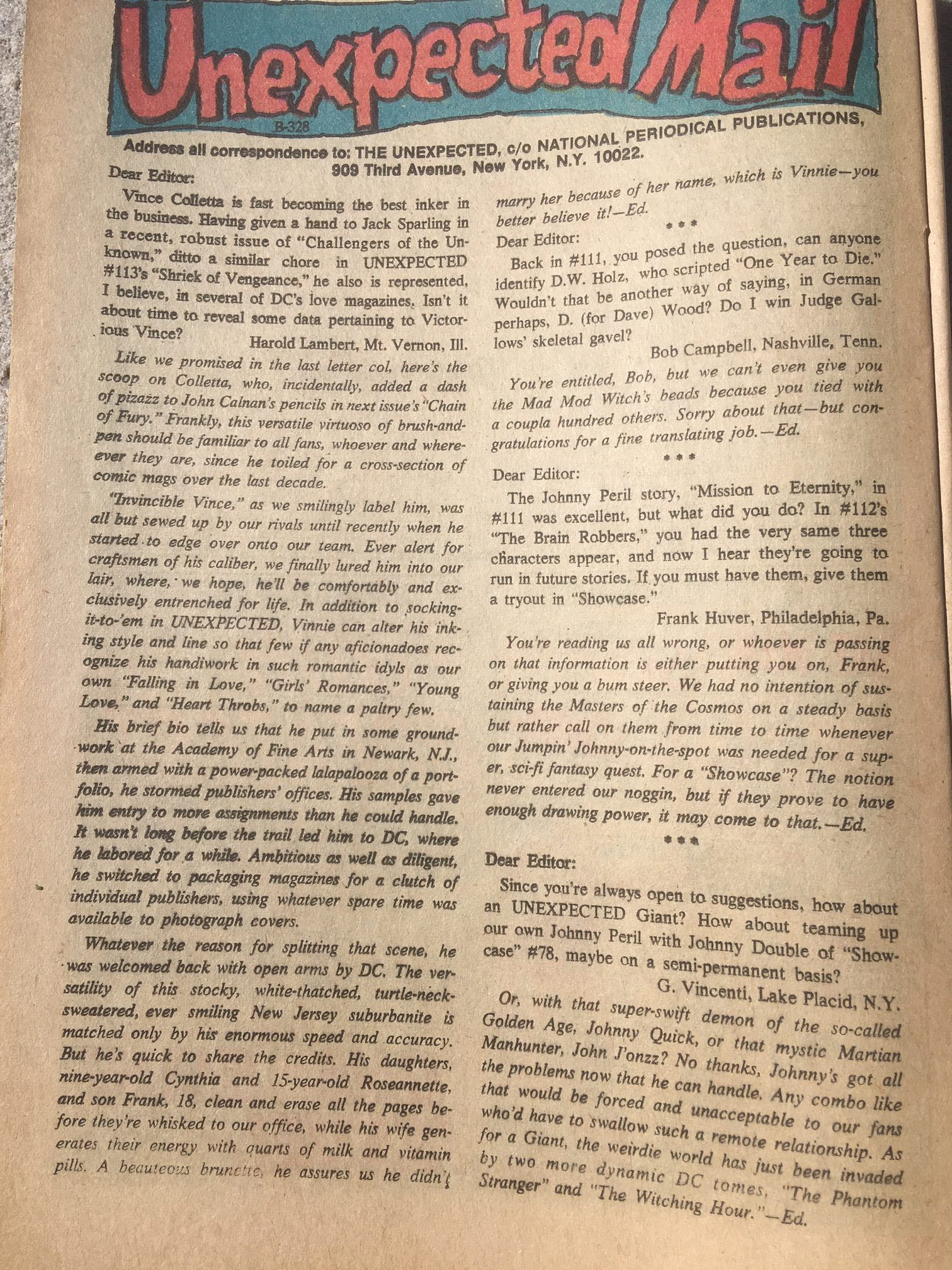