SOME QUOTES FROM THE BOOK AND A FEW SILHOUETTES

Storytime Comics: Glad to see that this thread has begun to actually discuss Colletta’s art. Anyway, all this thinking about Colletta made me actually want to, you know, look at some of his work again. (Imagine that!) So last night I cracked open my Thor Masterworks volume 2 to the Tales of Asgard stories from Journey into Mystery 109 and 110. Lo and behold, I had the same reaction I have every time I encounter his work on Thor: I’m totally prepared to hate it, or have it not be as good as I remember, but, no, it’s just perfect for the series, and very well done in its own right. Despite the really (really) lousy repro and printing in my original-27 Masterworks volume, Colletta’s work just stands out as unlike any other inker’s approach to Kirby, and totally suited to the material. In the words of GammaJosh, “I loves me some ’60s Thor!”

The Nostalgia League: Now, in his defense, I must say that Colletta did some fine work during his career. The early romance work he did in the 50s stands on a par with some of the work of Alex Toth. Some, although not all, of the inking he did on George Tuska’s Iron Man was good, if not downright beautiful, at times. There is also a strange melding of styles when Colletta inked Kirby on Thor …that seems to capture the raw power of gods in battle.

It seems that for many years, Colletta had been the inker who Marvel or DC would go to if they had a very short deadline. The pages I, and others, had so reviled over the years were the result of deadline crunches. Colletta was known to turn out completed books virtually overnight, so the deadlines on the comics could be met. The lack of detail, in many instances, was simply a way to get the finished product to the printer on time. DC understood this and, by appointing him art director, made sure that he would be available to handle all the deadline crunches they could throw at him. As proof of this, my source related that it was a regular thing at the DC offices to arrive at work in the morning to find Colletta asleep on the couch in his office and a stack of finished pages sitting on his drawing board; another all-nighter behind him.

Among the criticisms often leveled at Vince Colletta’s art points to his practice of silhouetting characters and backgrounds. Although these panels were far less common than his fully fleshed-out pencils and inks, they curiously remain a source of annoyance to some art critics.

Art is imagination realized. The artist visualizes the scene and then puts it on paper. The reader’s imagination does the rest. The best representative silhouettes are done by skilled artists who can draw portraits, usually have fine art degrees, and can see shadow and form. 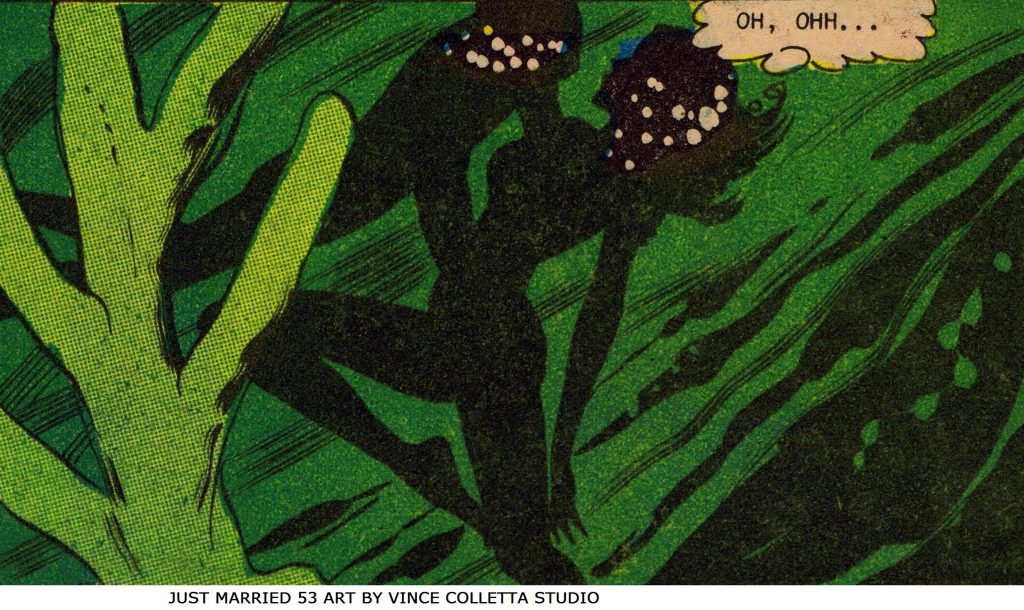 In order to convey emotion in a panel in which the main figures are drawn in silhouette, an artist must have a great facility for illustrating body language. Scholars believe Etienne de Silhouette’s name became connected with these black and white portraits because of the finance minister’s extreme cost-cutting. de Silhouette doubtless had many detractors. 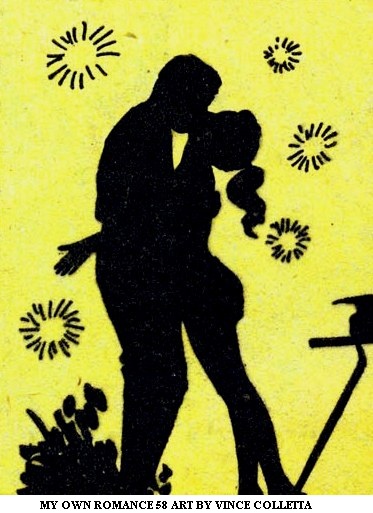 Selective shadowing provides a bold palette for splashes of color to be added for effect. Silhouettes can be used to emphasize and alter a woman’s shape to create a flattering illusion. Understanding different silhouettes can help the artist create the most complimentary one for his subject. 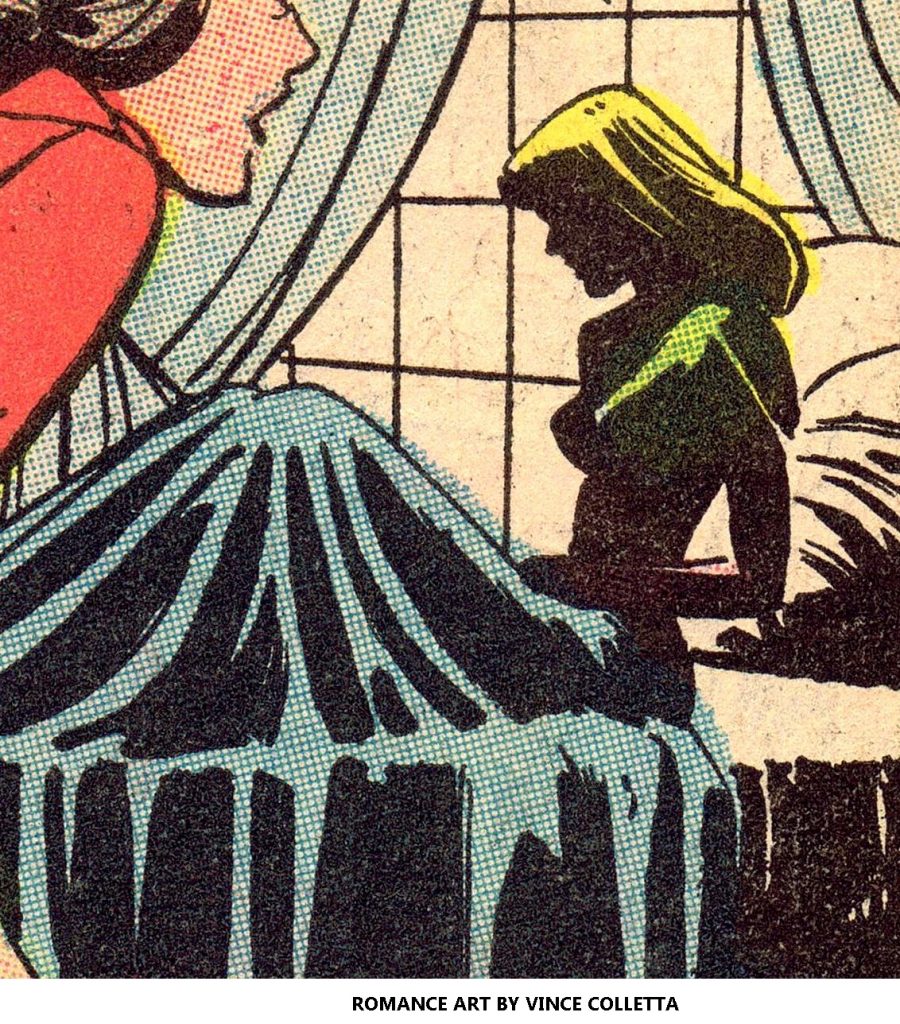 Even in staid panels, silhouetting lends itself to creating  more interesting scenes. Late afternoon on a sunlit beach provides wonderful opportunities for artists to use silhouettes and extreme shading. 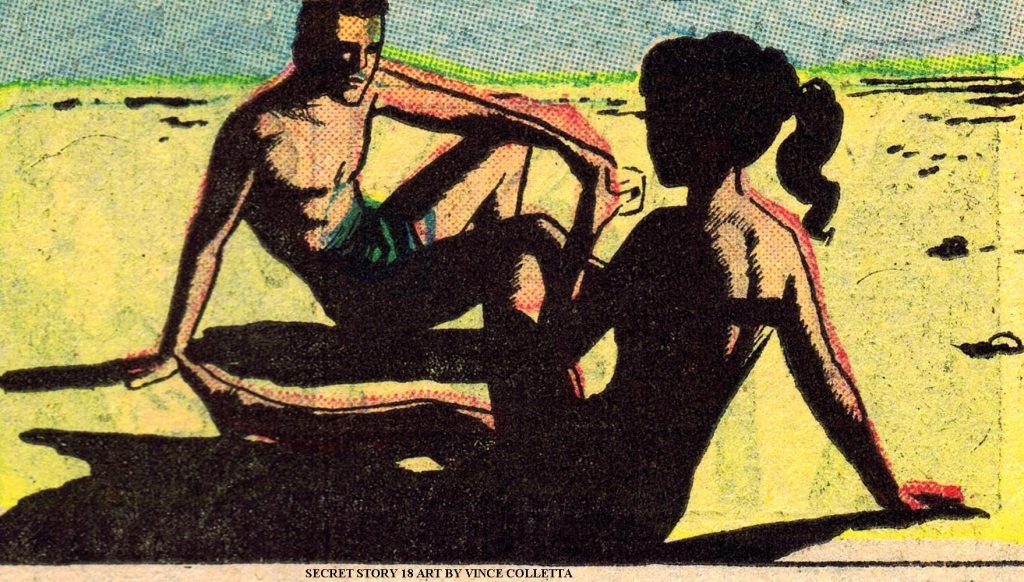 Leading silhouette artists of the second half of the 18th century and the early 19th century, the golden age of the art, included Francis Torond, A. Charles, John Miers, C. Rosenburg, Mrs. Brown, Auguste Edouart, T. Hamlet, and Mrs. Beetham (née Isabella Robinson). Leading contemporary silhouette artists include Vince Colletta and many others of which little is written regarding this particular technique.

Before photography, silhouettes were the way to have a profile made without having to have an expensive portrait commissioned, and cost about a penny a piece. They were referred to as the “poor man’s portrait.” 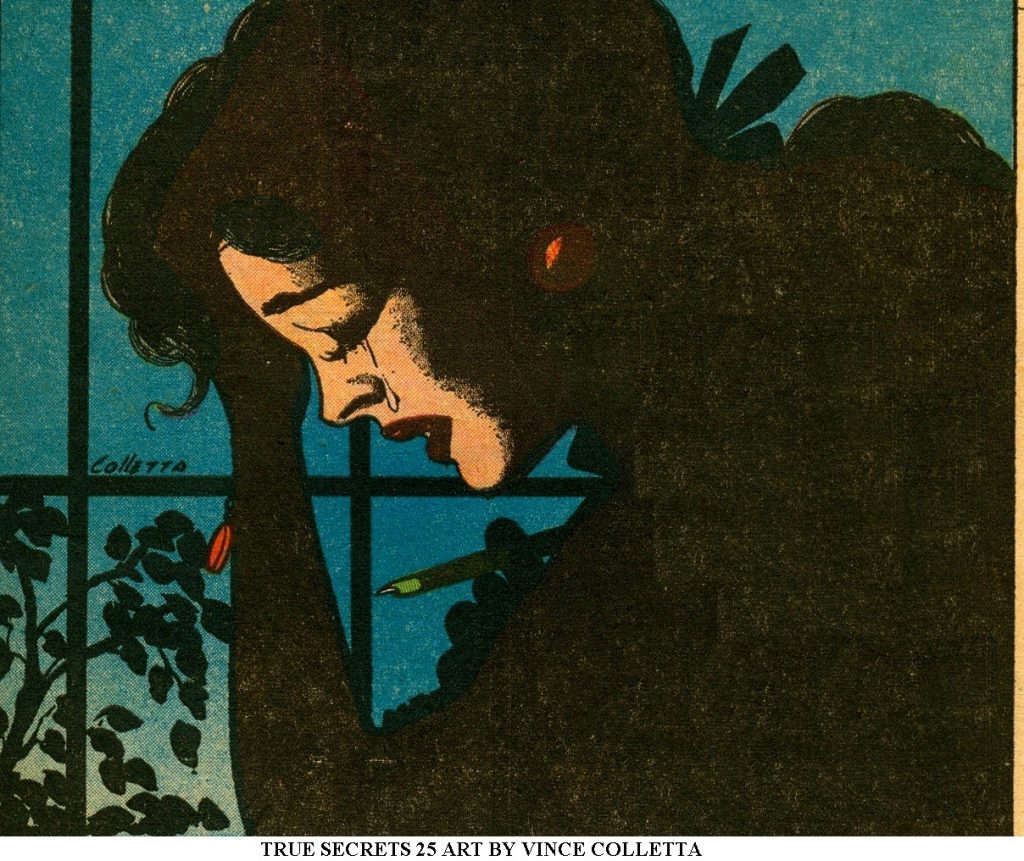 Al Bigley: Never a Vinnie fan, but gotta stick up for him. He saved SO many deadlines (when that mattered, far more than creating “art”), sometimes rescuing the oh-so-precocious “fan favorites” who took way too much time on their pages, back when this was a periodical business that got slapped with huge fees for missing press deadlines. He was a real MAN doing a job.