The central character in Thor comics is, well…Thor, of course. In this particular panel, however, he clearly finds himself an uninvited interloper. If a comic book character ever showed lust, Mark Bright and Vince Colletta have captured the emotion perfectly in Jane Foster’s eyes. We know what’s about to happen. Things are about to get steamy and, Thor, you’re being summoned to leave the premises. Don’t come a’knockin if the lab’s still a’rockin’. 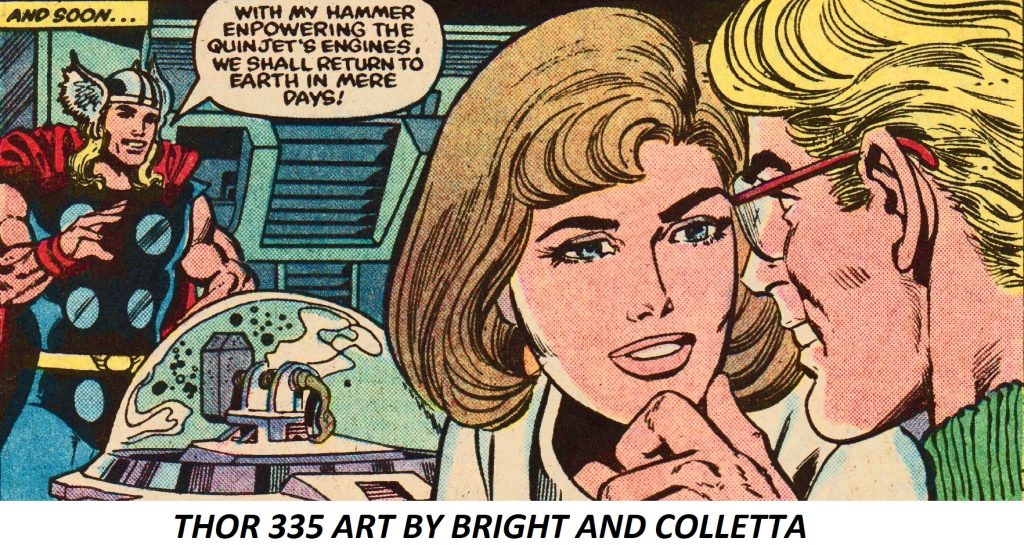 Depicting sexual passion in a superhero comic book is unusual – especially in a female character. The mental paraphernalia that is necessary to generate with a pen, such a simple, yet resolute stare, that is clear in it’s intention, goes way beyond art. More like an understanding of how to portray sensations. 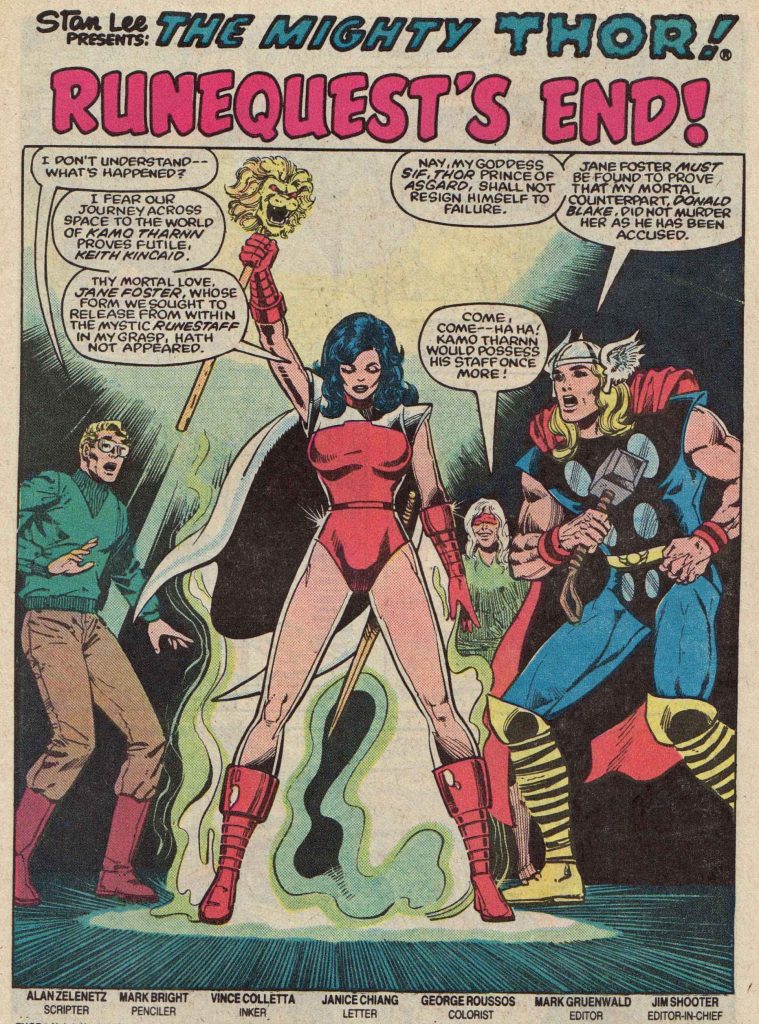 Sif, on the other hand, is in a different state of mind. Find Thor 335 on EBay to find out what happens and treat yourself to some incredible, indelible Thor art from Mark Bright and Vince Colletta.

You may also be interested in purchasing the 16 Page EBook Edition of NUDES – THE ART OF VINCE COLLETTA here.